Find this article at:
go.ncsu.edu/readext?481125
— Written By Colby Griffin

What comes to mind when you think of summertime? For Eastern North Carolina, it could be sweltering heat, the cut-it-with-a-knife humidity, or those lovely gnats that we all adore so well. However, there are a few things that are as quintessential to this season as abundant sunshine and lemonade and that is zinnias. Zinnias exude summer happiness much the same way that looking at a field of sunflowers can bring. They come in a countless array of colors and sizes and can be grown with relative ease during our hot, humid, and usually dry summers. 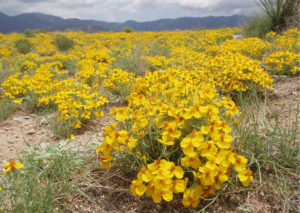 Zinnias are native to a region stretching from the Southwestern United States to South America with the most abundant diversity located in Mexico. Zinnias were named after the German botanist, Johann Zinn who first discovered them in Mexico and described the plants as being small and weedy. Native zinnias can be a dull, purplish-red color with single petals that surround a central floral cone or can be scrubby plants that are sunny yellow in color. Zinnias are in the Asteraceae plant family which is referred to as the daisy or sunflower family due to the ray appearance formed from the bracts or petals surrounding the flower cluster.

They were brought to Europe in the 1750s and have since been bred and cultivated to include a vast palate of bloom types and colors. The earliest zinnia cultivars were reintroduced to the United States in the 1790s with double flower forms appearing in the mid-1800s. There was a renewed interest in zinnias during the 1920s when the first dahlia-flowered cultivars ‘Giant Dahlia’ and ‘California Giant’ were introduced. These cultivars have large, flat-flower heads and come in a multitude of colors. Today, there is a plethora of zinnia cultivars to choose from. There are single, semi-double, or double flower forms. Single-flowered zinnias are the ones to select if you’re trying to attract pollinators to your garden; the central flower is visible and produces viable nectar and pollen for visiting bees and butterflies. Semi-double zinnias have several rows of petals with the central flower barely visible. Double-flowered zinnias have been bred to where all of the visible floral structure produces petals. These can create quite the show in the landscape with the amount of color that is packed onto one stem. There are several other types including beehive, button, and cactus type zinnias. Zinnias have stiff, hairy stems and oval or lance-shaped leaves.

The most common species grown are Zinnia elegans and Zinnia angustifolia. Zinnia elegans is grown primarily for cut flowers and can grow up to four feet tall and have single or double flowers in the colors of salmon, gold, yellow, white, red, rose, cherry, pink, lavender, purple, orange, and light green. These flowers can be solid or multicolored and range in size from one to seven inches in diameter. Common cultivars of this species include ‘State Fair’, ‘Lilliput’, and ‘Magellan’. Zinnia angustifolia has small, single, golden-orange flowers and have narrower foliage than Z. elegans. 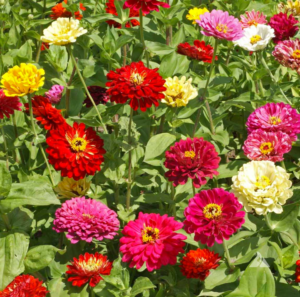 These are also more compact and tend to grow only eight to twelve inches in height and can spread to two feet. Cultivars of this species include ‘Cascade Beauty’, ‘Crystal’ series, and 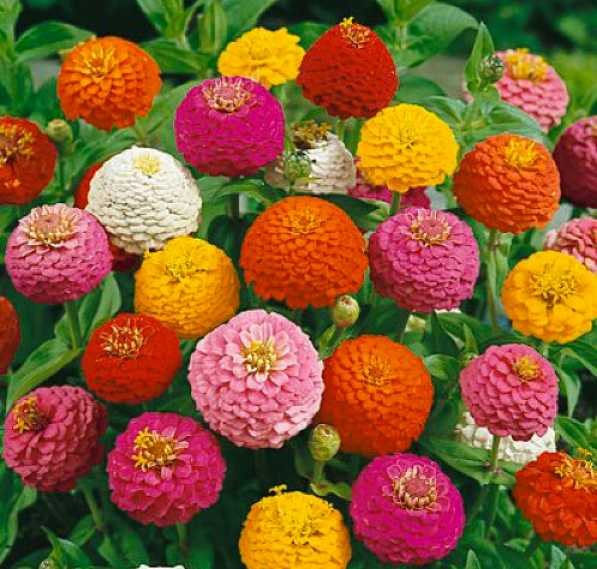 ‘Star’ series. An extremely popular cross of Zinnia elegans and Zinnia angustifolia is the ‘Profusion’ series which has compact plants and two to three-inch-wide single flowers that come in orange, yellow, white, pink, and coral. These are bedding plant zinnias and are truly a showstopper within the landscape that have excellent humidity, heat, and disease tolerance.

Zinnias are annual plants in our region which mean they originate from seed, mature, flower, and then perish during the first fall freeze. In their native climate, most act as perennials. Zinnias are extremely easy to grow; they like full sun and well-drained soil. They can either be directly seeded into the garden or can be planted from transplants. Zinnia seeds can be sown outdoors as early as mid-April through first week of August. You can practice what is called succession planting where every two weeks seeds are planted ensuring you’ll have a show of zinnias throughout the summer and into early fall. Zinnias need room to grow, so thin out seedlings no less than 12 inches apart. To encourage fuller plants and longer stems pinch the tops out of plants when they are four to six inches high. Also, practice deadheading by removing faded flowers that encourage more blooms. Zinnias don’t require excessive water but keep an eye that they aren’t getting too dry. They also aren’t heavy feeders meaning a slow release fertilizer is usually sufficient to maintain healthy plants. 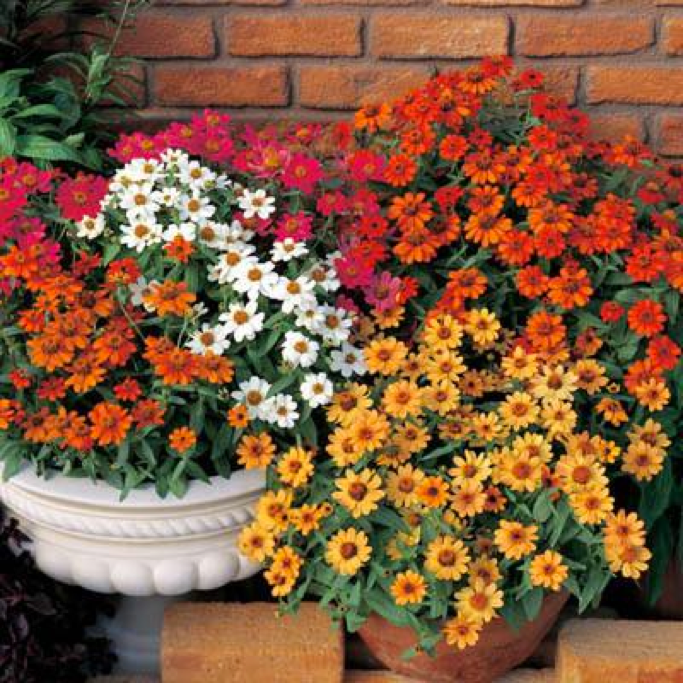 Zinnias act as one of the best cut flowers available to us. They can last as long as 2 weeks in a vase – take that roses! Zinnias are resilient, however, there are a few diseases that can bring them down. Alternaria blight is a fungus that usually shows up once zinnias have been exhausted for the season. Symptoms include large reddish-brown or purple spots on the leaves that eventually wilt and become brittle. Due to its late arrival control is rarely warranted. However, common fungicides of chlorothalonil (Daconil) and copper are effect at control. Powdery mildew can also become a problem if it becomes severe enough. The always present Japanese beetle can sometimes be found munching away at zinnias. The best method of control is your thumb and forefinger that will quickly send these pesky beetles to their rightful place.

Colby Griffin is the horticulture agent for N.C. Cooperative Extension in Edgecombe County. If you have any questions about this article or other gardening issues, he can be reached at colby_griffin@ncsu.edu or 252-641-7815.